Listings of the richest people in Africa are common. Thanks to rankings done by Forbes and other reputable business magazines, you probably know a lot about the source of wealth of Africa’s billionaires, their success stories, one-of-a-kind toys and lifestyle. But little is known about the children of billionaires following in the footsteps of their parents, and other proclaimed self-made richest kids in Africa making great headway. 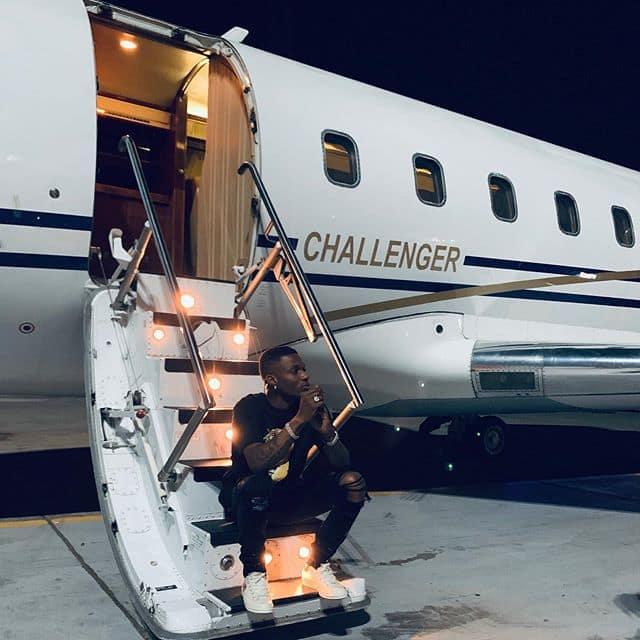 For most people, it is their dream to turn themselves into millionaires and billionaires. While you may think you are not old enough to become rich, starting the journey to riches when you are young gives you a greater potential to accumulate a fortune. This write-up brings to you the top 10 richest kids in Africa 2020 whose fame and wealth is impressive.

Have you ever asked yourself, “who is the richest child in Africa?” Children of the richest parents in the continent distinguish themselves by demonstrating the same risk-taking attitude that enabled their parents to rise to prominence. While most of them benefit directly from the foundations that their parents built, others decide to start their own ventures and shape their destinies by choosing to be entrepreneurs. 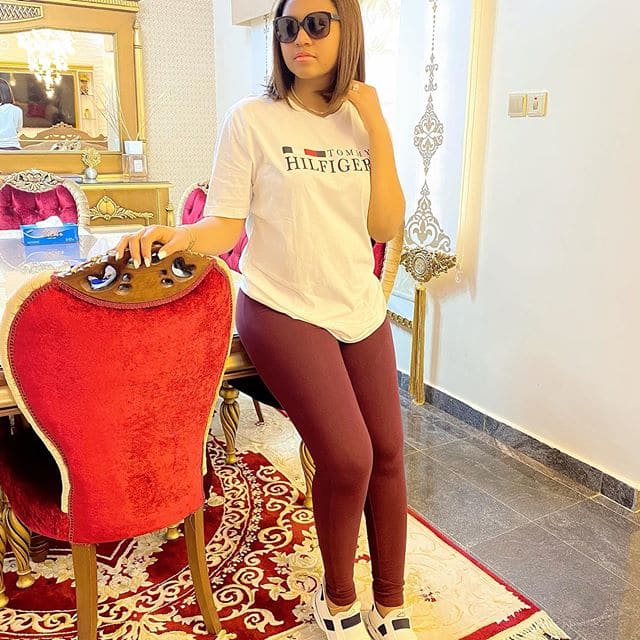 Regina Daniels ranks among the richest celebrity kids being the highest-paid child below 20 years in Nollywood. Born on 10th October 2000 in Nigeria, Regina’s net worth is estimated to be over $1 million dollars in terms of investments and assets. She is paid around $1,700 whenever she features in a movie. Through the support and encouragement of her mother Rita Daniels who is also an actress, Regina started acting when she was seven years old. 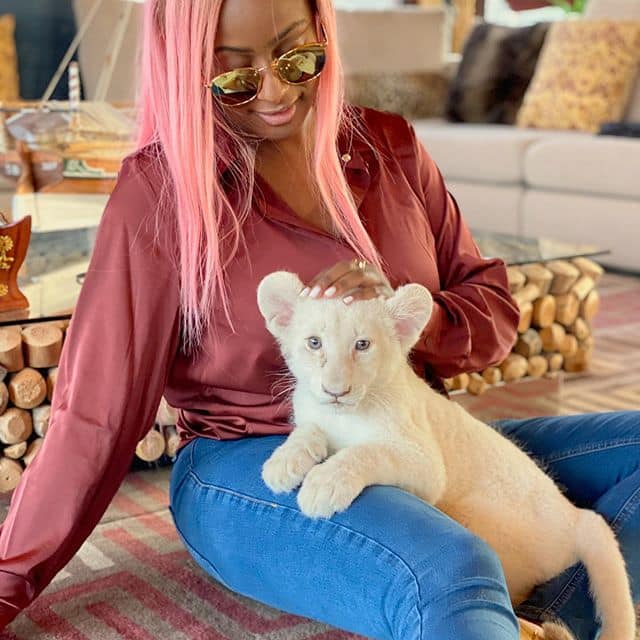 Born on 11th November 1992, Florence Ifeoluwa is a Nigerian DJ and producer. She is popularly known as DJ Cuppy and is the daughter of a leading businessman in Nigeria, Femi Otedola. Florence grew up in Ilupeju before moving to Ikeja after six years. She later went to pursue her GCSEs and A-level studies in London. She graduated in July 2014 from King’s College London with a bachelor’s degree in Business and Economics.

In 2015, DJ Cuppy earned a Master’s degree from New York University in Music Business and has since ascended gradually to join the league of the wealthiest kids in Africa. DJ Cuppy started her first professional tour to eight cities in Africa that she called “Cuppy Takes Africa.” She toured Nigeria, Kenya, Uganda, Senegal, Rwanda, Tanzania, Ghana, and South Africa. The tour included major artist collaborations, charitable engagements and performances sponsored by the Dangote Foundation and GTB Bank.

Later in the same year, Cuppy worked as an intern at Jay-Z’s Roc Nation. The Cuppy Takes Africa tour was aired as an eight-episode documentary series on Fox Life Africa in October 2016. She also produced two songs “The Way I am” and “Vibe” which featured on the Afrobeats EP released on 24th March 2017 by Young Paris.

The DJ later released her first official singles “Green Light” and “Vybe” in 2017 and 2018 respectively. Alongside other major roles that she was given as an ambassador, Cuppy became an Official DJ Pepsi Ambassador where she featured on the Pepsi commercial before the 2018 World Cup. She was recognized as a Global Citizen Education Ambassador on 5th June 2018. As the richest kid in Nigeria and their worth, Florence Ifeoluwa Otedola’s net worth is approximately $200,000. 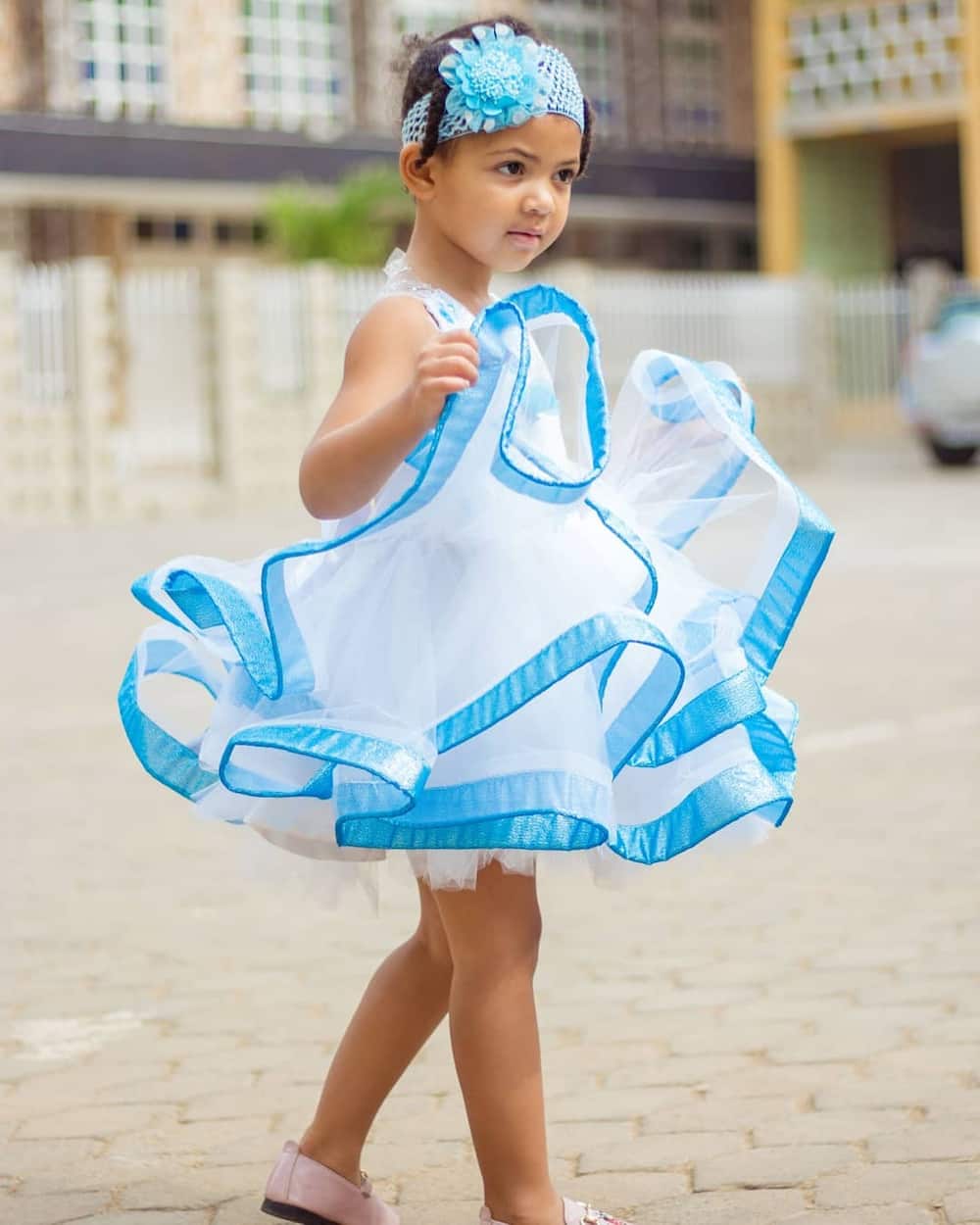 Baby Lorde is the daughter of the Canadian businessman, Douglas Pitcher and the dramatic Ghanaian actress, Kafui Danku. She was born on 26th October 2016 and is one of the youngest richest kids in Africa. Her riches, however, are not connected to those of their parents. She started building her net worth when she got her first endorsement deal for Royal Monopoly Baby Diaper that saw her take home approximately $18,800.

She is the only brand ambassador for the diaper company so far. Besides the fat bank account that has given her direct entry to the richest celebrity kids list, her sense of fashion is impressive. This has enabled her to attract over 226,000 Instagram followers on her official page “Babylordethefirst” with her fans always admiring her style. 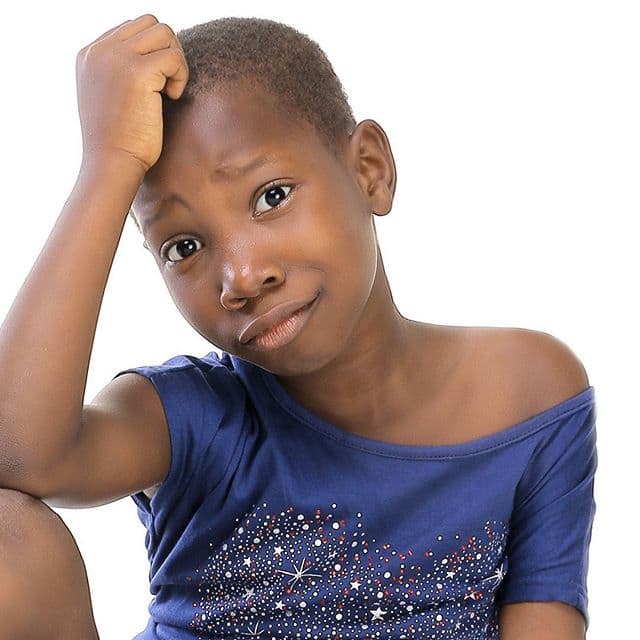 Emmanuella Samuel is a young Nigerian comedian who works with Mark Angel Comedy. She was born in Port Harcourt, River State on 22nd July 2010. She started acting when she was in primary one because of her intelligence and ability to master her lines. In 2013, Emmanuella won City People Award, the G Influence Niger Delta Special Talent Award and NEA Award. She also won two awards in Australia; Most Prominent Kid Comedienne and Princess of Comedy.

It was during a holiday vacation that Emmanuella met with the then renown Nigerian comedian Mark Angel who was looking for kids to feature in his comedy clips. Mark Angel boasts of having the first YouTube channel to attain the one million subscriber mark within a short time. Furthermore, the talented Emmanuella acted in the movie “Survive or Die” filmed in 2016 in Australia that was released in 2018. CNN hosted her in 2016 after she won the first edition of the sub-Saharan African YouTube Awards. This achievement made her the youngest person to win the award.

Since it was founded, Mark Angel Comedy has produced over 200 videos that have attracted millions of viewers locally and internationally. While she is known to be the producer, Mark Angel’s niece, Emmanuel is estimated to have a net worth of about $70,000 that she has accumulated from her comedy career. She studies at Brighton Gate Academy, Port Harcourt in Nigeria. 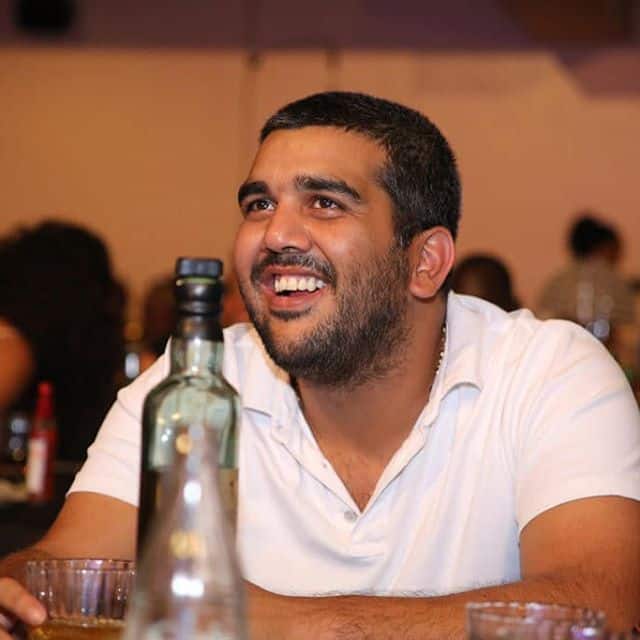 Rajiv Ruparelia is from Uganda and one of the Sudhir Ruparelia children who also serves as the director at Ruparelia Group. Having grown up in a rich family, his father introduced him to business where he employed him as a porter. Later, Rajiv was employed by his father as a construction laborer before promoting him to the position of a bank teller. Sudhir later promoted his son to a managerial position within the group.

The organization is made up of banking, education, hotel, and agriculture sectors. Some of Rajiv’s duties are helping to negotiate ticket deals on and providing leadership strategy on behalf of his father. He has been ranked among the wealthiest kids in Africa basing on his father’s wealth that is estimated to be around $1.1 billion. 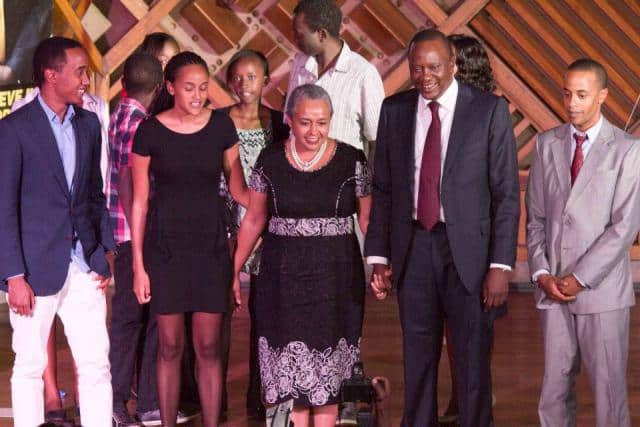 Muhoho, Ngina, and Jomo are the children of Kenya’s President Uhuru Kenyatta, and not to forget, their grandfather was the first president of Kenya. Muhoho is the youngest of them all. These children are privileged to come from the richest family in Africa. They own the biggest companies in Kenya including Brookside Dairies and MediaMax; the conglomerate that comprises Milele FM, K24 TV, Kameme FM, and the People Daily.

Besides owning a large tract of land, the royal family also runs Heritage Hotels and have the largest percentage of shares in the Commercial Bank of Africa. The kids’ dad was ranked at position 26 in the Top 100 Richest People in the world by Forbes in 2011. 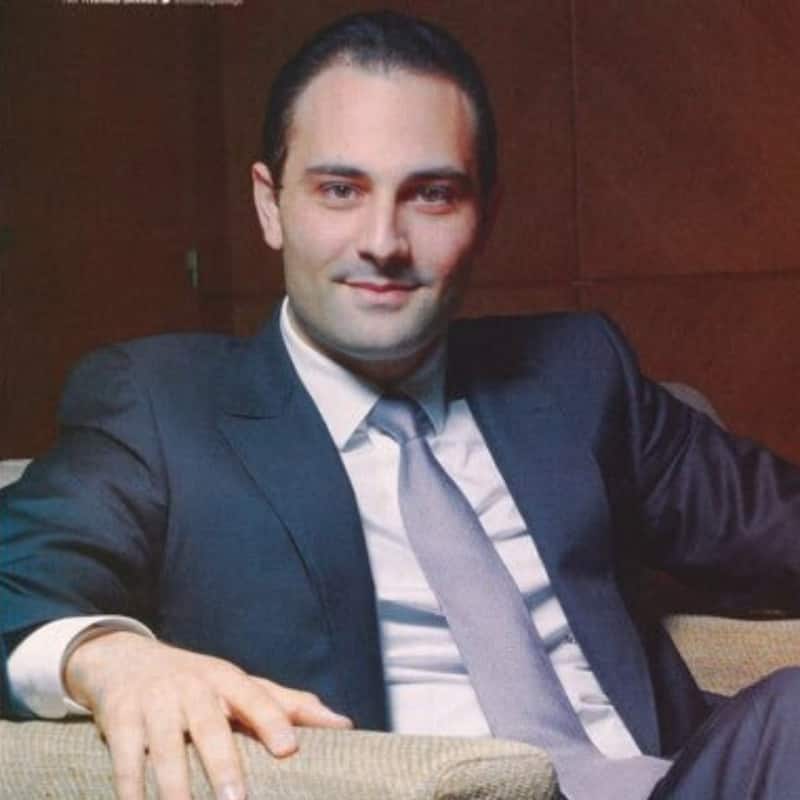 Mhamed Elalamy is the first son of the Moroccan business tycoon and founder of Saham Group, Moulay Hafid Elalamy. The conglomerate includes medical clinics, insurance companies, and call centers. As the heir of his father’s businesses and net worth of over US $620 million, Mhamed holds a degree from the University of British Columbia with a specialty in Business and Commerce. He serves in Saham Group as the General Manager. 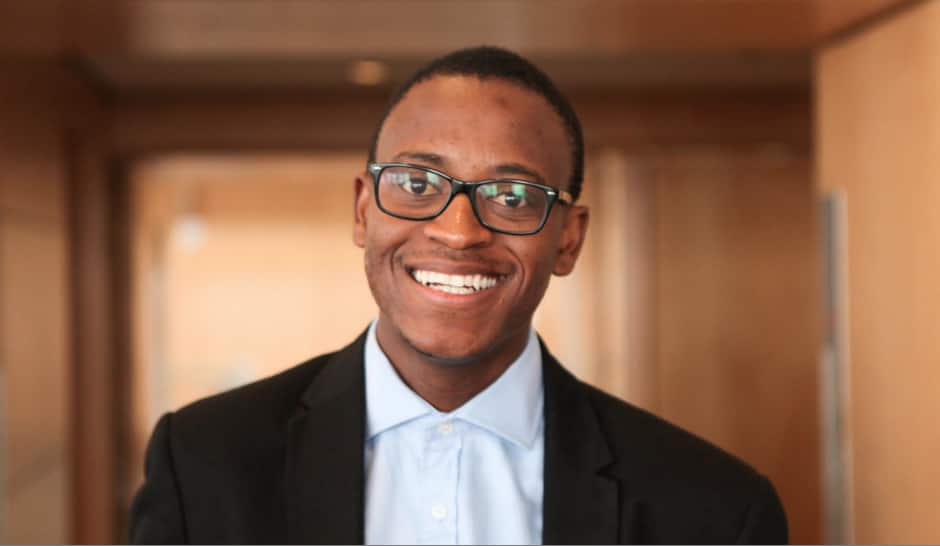 Ludwick Marishane is a South African child entrepreneur aged 26 who ascended to riches while still in high school. Apart from establishing Headboy Industries, Ludwick is the founder of DryBath; a gel that can be used for bathing without water.

He became one of the richest kids in South Africa in 2011 when he won $10,000 and other costly prizes. He uses his money to finance his global endeavor to get contracts with airlines, armies, hotel groups, and other hospitality and travel industry services where water is scarce.

READ ALSO: Top 20 richest football clubs in the world according to Forbes in 2020 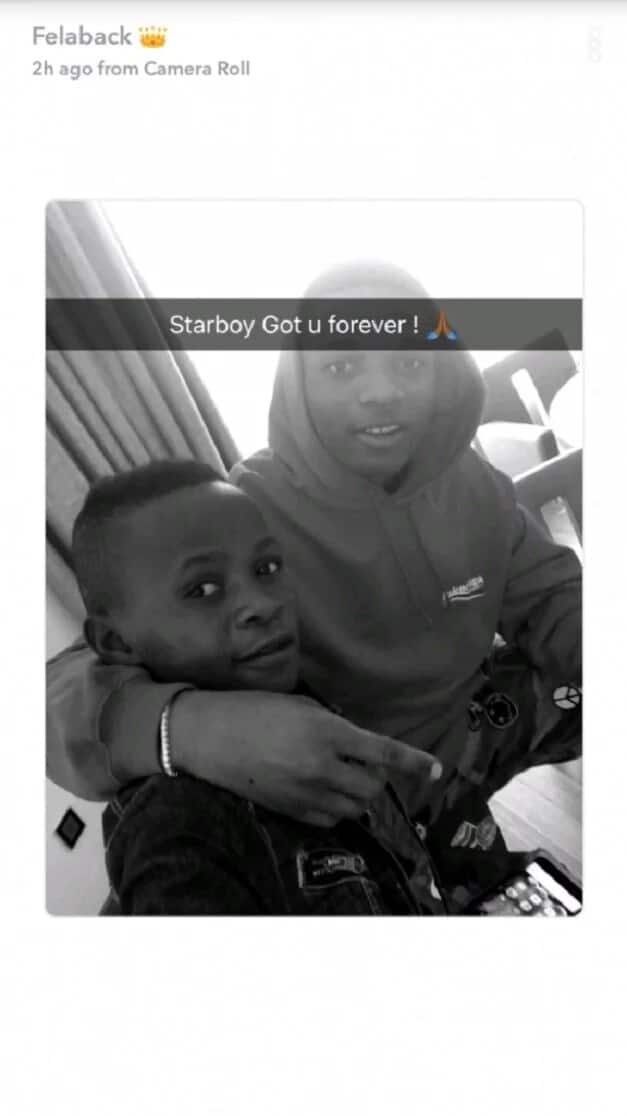 Ahmed Starboy is one of the richest kids in Africa 2020 who has amassed wealth by performing in the music industry. At age 12, the Nigerian boy displayed his music talent during the homecoming concert of Wizkid that wowed the audience. His ability to rap impressed Wizkid who surprised the young celeb with $27,500 as an appreciation. He also enrolled him in his Star Boy record label. 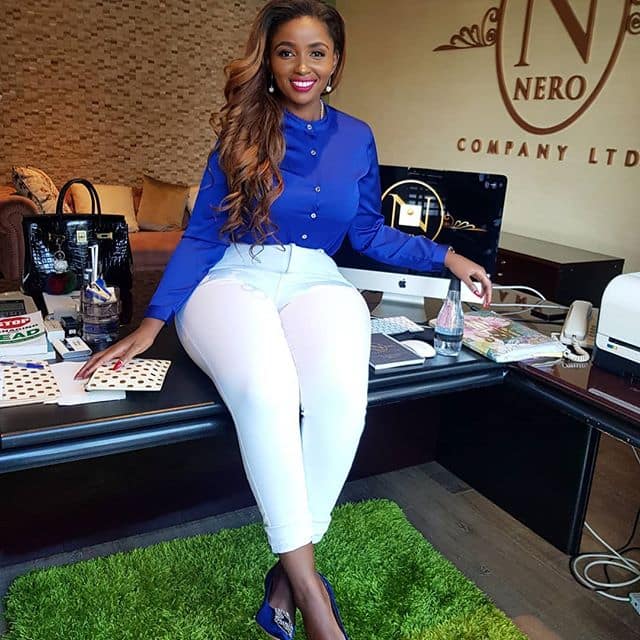 Due to her entrepreneurial background, Anerlisa learned and joined the business world when she was still young. She later followed the footsteps of her parents to established Nero Company Limited that deals with premium bottled water including Life Still Water and Executive Still Water. The success of her business enabled her to be nominated in 2018 as the Female Entrepreneur of the Year.

In 2019, Anerlisa was ranked as the eighth African on Instagram’s Rich List. At position 129 worldwide, Anerlisa was charging $3,400 per sponsored post. American youngest billionaire Kylie Jenner; a model and businesswoman was at the top of the list charging $1.26 million per post.

In most cases, the children of celebrities end up being popular and wealthy even at a tender age. Similarly, those kids whose parents are rich also become rich and start living the dreams of most kids from birth. As seen in the above top 10 richest kids in Africa, some kids start from scratch and work their way to riches and popularity by discovering and using their talents. It is worth noting that the above list of richest kids has been selected randomly; the kids are not listed in a specific order.